People, Gaming, and the 21st Century

This entire post is OOC. It has very little to do with EVE, other than what I will write about here reflects my experiences in EVE Online, which, in its defense, has been a much more mature environment than any other online game I have ever played.

I am a woman. I play an internet spaceships game. Nothing about this should be in any way remarkable or cause anyone to alter their behavior around me. I wish to be treated identically to any other gamer in the community, and I can only assume every other woman who plays online games feels the same way.

As I write this, about twenty-four hours have passed since the most unbelievable exchange between myself and a sexist, violent, homophobic, racist asshole, in which I was insulted and sworn at repeatedly, threatened with real-life violence, and spammed with harassing emails, all directed at the fact that I am a woman.

I wish I could say that incidents where I am held to a different standard, or expected to adhere to some different code of conduct, were isolated and infrequent. In EVE, these sorts, the outright asshole kind, have been; I have only been the target of outright assholeishness due to my crime of being a woman (we are not "females". Do not fucking call me "a female". If you do, I will refer to you as "A person possessed of an XY chromosome pair") twice. The first was in Korvus Falek's forum post that you can find both a link to, and my response to, earlier in this blog, and the second is the incident described above.

However, other, less outrageous but nonetheless aggravating, bits of sexist asshattery show up all the time:

How many male readers of this blog, or gamers in general, have been told "Dont no (pick your male-designated profane insult of choice) talk to me that way! That aint how I was raised!!"

How many of you have been asked "OMG are you a guy IRL???" and upon answering it, have been spammed with private convo invites for cybersex?

How many of you have emoted profane activity to another male character or player?

When I lose a fight, do people have some divine right to claim superiority at all things gaming related simply because they were born male? (If they're guys, of course)

What part of any of this is ok?

You can change my complaints about people's behavior toward me to represent any other group in EVE, or the wider world of online gaming; LGBT people, elderly players, young players, people of specific national, religious, or ethnic backgrounds. Whatever. Whatever it is that makes one person or group distinct from another.

If you wouldn't say it to another player who is exactly like yourself, keep whatever it is that you have to say to yourself. It's a game. We play it to have fun. If you're here to try and ruin other people's fun, stop and think. When you drift across that line, from normal acceptable levels of smack (which, to be honest, is anything more offensive than "lol" or maybe "noob") you probably shouldn't hit enter. It hurts. It is upsetting. It really, really sucks. What happened yesterday crossed the line into actually being frightening. It is not funny, it does not make you cool. Being an asshole on the internet, especially when you drift into targeting aspects of people outside of the game, still makes you an asshole. I don't know many people who want to be thought of as assholes. Not like that.

Making personal attacks of sexist, racist, homophobic, or any other socially or culturally oriented nature is going too far. Threats of violence are going way too far. Way, way too far. You will play this game with people of all sorts from all over the world. If you cannot interact with them like a mature, responsible adult, then you should find a new hobby. We live in a global social community now. The only time I EVER think about the fact that I am a woman who plays online games is when someone reminds me of that fact. Usually, I am being reminded in an offensive, condescending way.

Stop it. All of it. Stop. Doing. It. Play the game to have fun. Let everyone else have fun too. 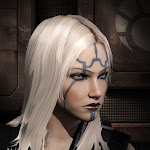